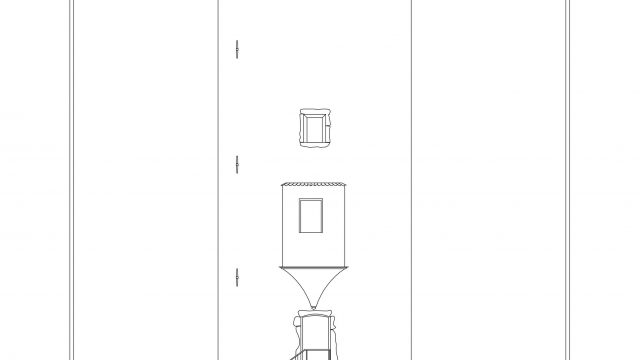 Formiano Castle is one of the oldest castle in the South Tyrol region. It was before the castle of rich Lords who bought it for it’s strategic position among the mountains. In 2001, Tscholl was asked to renovate the castle to host the Messner Mountain Museum, an idea of Reinhold Messner, renowned one of the best mountaineer of the XXth century. This museum traces the complex history of the relationship binding mountaineers and Mountains.

The White Tower studied here is the only part of the museum focusing on the South Tyrol history. To achieve it, he kept the original stones that were cleaned and reinforced. Then he added steel to the structure, and glass in the interior. The architecture here fades behind the exhibition. The use of glass and steel gives a sobriety to the space and the use of void helps emphasizing the exhibition.

Werner Tscholl (1955- ) is an Italian architect, mainly operating in south Tyrol. He studied architecture in Florence and graduated in 1981. Then, Tscholl moved to south Tyroll foreseeing the potential of this region where many traditional buildings could be renovated. He developed a unique renovation style, combining both a respect for the original building and his modern touch using glass and steel.