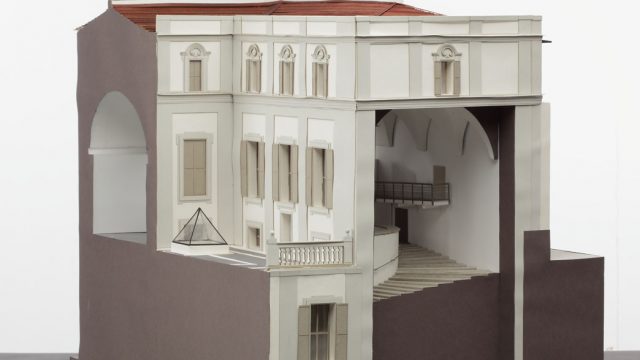 The Scuderie al Quirinale Palace was built between 1722 and 1732. It is facing south-west corner of Piazza del Quirinale. The first project is set up by Alessandro Specchi completed by Fù Ferdinand Fuga. For the most of time the building was used as a garage for the Quirinale cars and then it was transformed into a Carriages museum.

A few years before the inauguration of the new Millennium, Quirinale Palace acquired a completely different function. As a result of an international competition the building was thought to be recovered with the project by Gae Aulenti. The intervention took place between 1997 and 1999. The restoration and a functional adaption finished before the imminent jubilee. Thanks to Gae Aulenti’s idea, the Quirinale Palace got its unparalleled value of exhibit spaces. The new project compliments the aspects of  extraordinary urban location and an architectural prestige of the building both outside and inside.