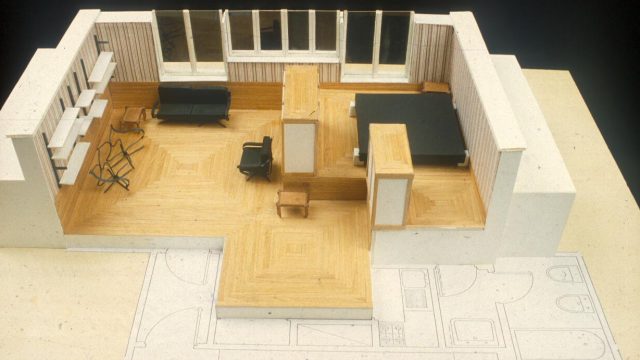 The project of Fulvio and Rosanna Raboni was a part of The XI Triennale National Exhibition in Milano. It was created with an idea of improving accommodation conditions in expanding urban areas. The proposal apartment was developed on two levels. It was not meant to be a traditional environment pre-arranged with constraints and structure. It was thought to be a place to live, which lets its residents a freedom of arranging their space depending on their needs. The differences of levels define three different functional spaces (living room, kitchen, bedroom). All the furniture needed was put in the open space as a solid elements. The suggested imagination of the building was a 140m high tower of open space and freedom for all the future residents.