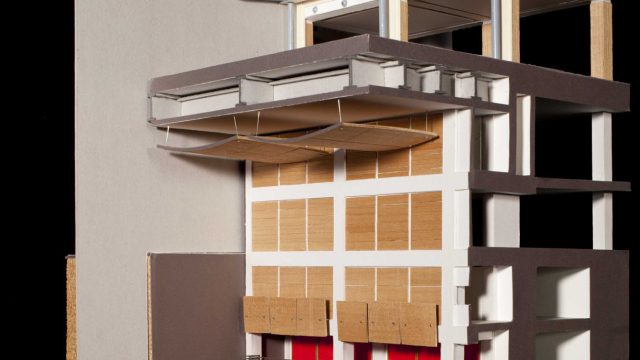 Renzo piano was born in 1937, in Genova. He is an italian architect, but also politically involved as a senator. His main realisations such as Pompidou Center, NYT Building and The Shard tower made him one of the most famous architects of the modern movement.. Here’s the presentation of an auditorium he designed in Turin in 1994.

The intervention of Renzo Piano inside the Lingotto of Turin, designed by the engineer Matte-Trucco, was mainly to modify the structure of the courtyards, which took on new functions and new features. Inside the building the designer has redistributed new functions that have contributed to creating a new social mix; between the part designated to the hotel and the center for innovation, the Lingotto Congressi has been placed which contains 12 permanent rooms.

The Auditorium is part of the Congress Center, 14 meters underground in one of the courtyards, for which it was necessary to carry out important excavation works and sub-foundations. The roof was built by raising the original zero altitude by one level, which has become the footfall of the shopping center above. The internal form of the Auditorium resumes the external structural scan, the original one and the design principle maintained by Renzo Piano with respect to the Matte-Trucco project.