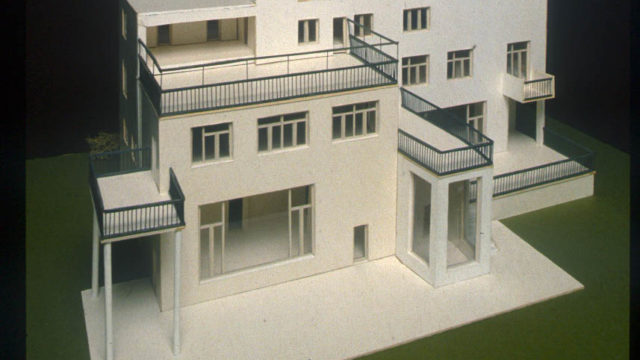 Josef Frank grew up in Vienna in an assimilated Jewish family and studied architecture at Konstgewerbeschule. Leaving Austria for Sweden in 1933 where he’d work as the chief designer for the Stockholm furnishings firm Svenskt Team, his work came to define Scandinavian modern design.He had an enormous impact on the history of swedish design.

Frank started to question modernism’s growing pragmatism. He had little appreciation for the French architect Le Corbusier’s belief that a house should be “a machine for living in”.He was against puritanical principals and on the contrary, feared that standardised interiors would make people all too uniform. Josef frank represented a freer, more artistic style ideal and he developed his own type of modernism where values like comfort, hominess and a wealth of colour were at its core.

Villa Beer, built with Oskar Wlach, is a prime example of the Modernist architectural style. It is considered Frank’s manifesto, built around the concept of “the home as itinerary and place” to be considered a development of Raumplan proposed by Adolf Loos. Josef Frank had been working in the context of Viennese Modernism since 1910, and was particularly concerned with the psychological effects of buildings and how they are furnished. He was convinced that people in a city or in their own homes ought to experience different spatial contexts so that they could find the perfect setting for their state of mind at any particular moment.