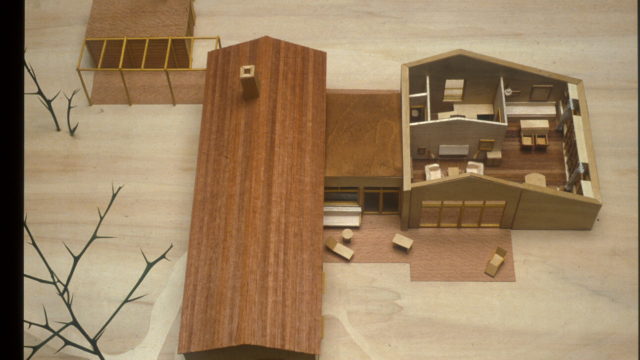 The house of Finn Juhl is located in Odrup, near the Odrupgaard park. It is totally designed by Juhl, inside and out, until the very last detail. Juhl found it very important to bring as much natural light in as possible. By putting a lot of windows in every direction he makes this possible. The windows have also a second purpose; they form connections between the rooms inside and the nature outside. Relations between the different rooms and between the inside and the outside is also a keyconcept in his design. It is an early form of an open plan although there are clearly enclosed rooms. The open plan is realised by the relations. Juhl likes to use a lot of colour and wood, but unlike you would expect, it doesn’t clash. The whole building, architecture and interior design forms a whole.