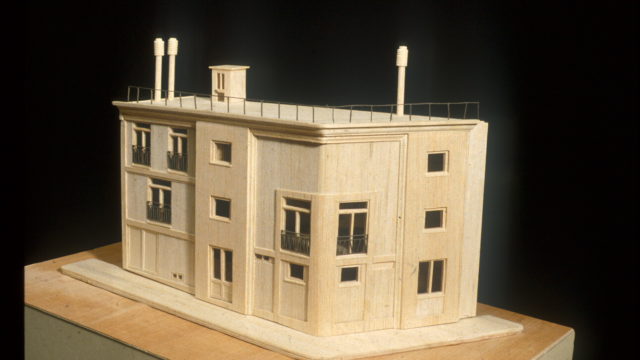 Auguste and Gustave are two brothers, both architects, who designed this small house in Paris in 1924. The two brothers shared the same vision of art and architecture : they believed that architecture should be linked to progress and that every new building should be anchored in its own time. As a consequence, they struggled against the lack of logic and rationality in architecture and  in particular, they were against excessive ornamentation. This does not mean they disliked the way architects used to design houses but they were eager to transform achitecture so that it could keep on evoluting with innovation.

This small house is the perfect example of what they believed in. It is very modern, the front wall is symetric, simple and ornamentation free. Inside, everything has to be useful and beautiful at the same time. The volume of the rooms are calculated with precision, the colours chosen are pink, grey and yellow in order to create a warm atmosphere.

In parallel, the Perret brothers wanted this house to be universal ; this is why they chose reinforced concrete, that they believed to be a general material. Therefore, their goal was to build an original house with ordinary material.