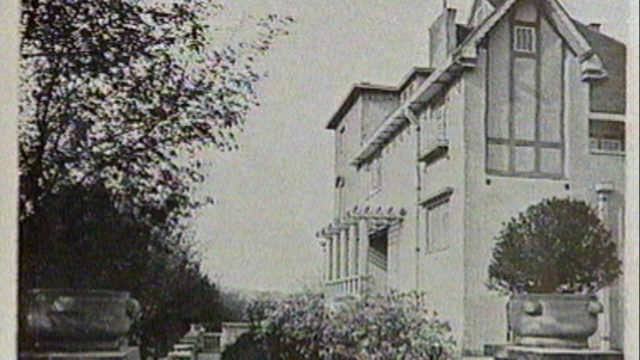 Josef Hoffmann was a Czech and Austrian architect and designer. He designed furniture, fabrics, silver and metal objects, jewelry, glass and ceramics. He was an important person of the Art Nouveau movement in Vienna and the founder of the Wiener Werkstätte. His work is characterized by purity of lines and geometric shapes. As an architect he dealt primarily with the design of family villas.

The earliest instance of cooperation between Josef Hoffmann and Gustav Klimt in the creation of a domestic setting is to be found in the large hall of the villa built for the photographer Hugo Henneberg (1863–1918). The villa is one of a group of four artists’ residences, designed by Hoffmann, built on the Hohe Warte, a semi-rural plateau on the outskirts of Vienna.

Hoffmann’s design for the double-height hall of the Villa Henneberg was developed with Klimt’s commissioned portrait of Henneberg’s wife Marie in mind, its intended setting influencing the painting’s unusual square format (seldom used by Klimt for subjects other than landscape).