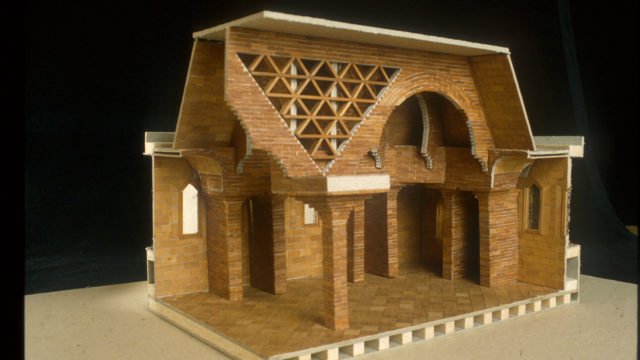 Antoni Gaudi was a Spanish architect. He is the best known practitioner of Catalan Modernism. His works have a highly individualized and distinctive style. Most of his buildings are located in Barcelona and most famous is Sagrada Familia.

Gaudi’s work was influenced by passions in his life like nature and religion. He considered every detail of his creations and integrated into his architecture such crafts as ceramics, stained glass, wrought ironwork forging and carpentry. He also introduced new techniques in the treatment of materials called trencadís (type of mosaic) which used waste ceramic pieces.

In the late 19th and early 20th centuries, under the influence of neo-gothic art and oriental techniques, he became part of Modernista movement. His work transcended mainstream Modernisme, culminating in an organic style inspired by natural forms. He also preferred creating three-dimensional scale models rather than drawing detailed plans of his work.

Torre Bellesguard is also known as Casa Figueras. Gaudí drew inspiration drew the medieval castle that once stood on the same site in the early 15th century. He worked to preserve the medieval spirit of the ruins as is evident in the exterior resemblance to a medieval castle which is complemented by signature aspects of Gaudi’s style. Gaudí sought to blend the construction with its natural surroundings, hence the exterior is made with stone slate.

Casa Figueras consists of a ground floor, a main floor, a basement and an attic. The interior of the home is totally different from the more gothic exterior and instead demonstrates Gaudi’s modernist style. He employed unusual placement of many windows to make use of natural light, aided by the white plastered walls, in keeping with his theme of integrating his structures with natural surroundings. Many of the ceilings use a structure of superimposed layers of bricks, also known as the Catalan arc.