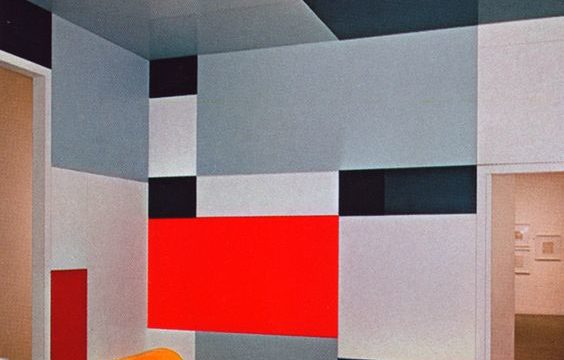 In 1925, Piet Mondrian was commissioned to redesign an interior in the home of a German art collector and patron named Ida Bienert. Bienert asked Mondrian to redesign a room intended to be a library-study, after she bought some of his paintings at the Kuhl and Kuhn gallery in Dresden in 1925.

Never having seen the room itself, Mondrian probably worked from architectural plans and descriptions that Bienert provided. This may have contributed to the way he received the project at first in terms of the spatial distribution of rectangular forms. He thus began in a manner characteristic of his sketches for easel paintings, by making a black and white line drawing with written indications of color.