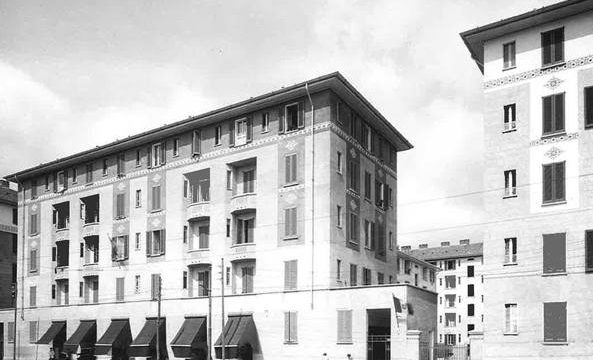 Giovanni Broglio (1874-1956) was an Italian architect who was known for designing the largest workers’ quarters in Milan between the beginning of the twentieth century and the thirties. When he was young, he worked as a maneuver and despite his financial difficulties, he undertook a great deal of engagement in various evening classes, gradually acquiring the technical notions needed in the fields of architecture. In 1901, he was commissioned to conduct an investigation into the living conditions of the working class, which revealed a seriously disadvantaged situation. This led the Humanitarian Society to undertake the construction of neighborhoods of workers’ homes.

Giovanni Broglio contributed to the design of those neighborhoods, in coherence with the fact that he remained skeptical of the possibility to embrace the formal aspects of rationalism in Italy, as he considered them unsuitable for the southern Europe climatic conditions. As the buildings he designed were low income housing, he chose to use mainly plaster and granite tiles to build them.