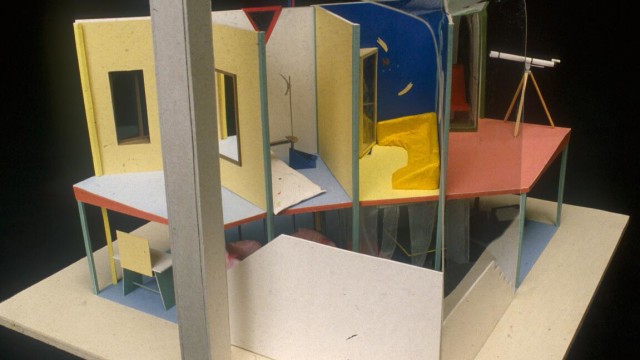 Graduated in 1966 at the Faculty of Architecture of the University of Florence, Paolo Deganello has begun his professional activity in 1963 restoring Orsamnichele in Florence.

As urban planner, he worked from 1963 to 1972 for the city of Calenzano (Florence) to plan all the urbanistic tools (planning instruments) of the municipality, in collaboration with the architect L.G. Boccia.

Alberto Magnaghi was a full professor at the University of Florence for many years. He was an important figure of the territorialist school.

The so-called Territorialist School is a contemporary approach to urban and regional planning and design grown out from the work of a number of Italian scholars.

There is not any common space. There is a space that is private but that could be exposed. It is the principle of this beautiful house.

Each person in this house can be identified.

The goal of the project is to run away off the common ideas about architecture and to revisit the idea of building a house.

The project is divided in three levels :

All the places are protected by a dome.

Four people were interviewed to speak about this house. They gave their ideas about this project. They spoke about different things but one idea was common.

It is the idea of the mix between the individual part of a person and his wish to live in a community. For these four persons, this house is incredible considering this aspect. It allowed his inhabitants to have their personal life while living in community.