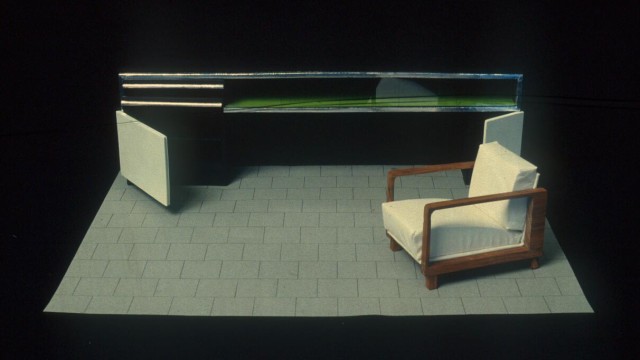 In the year 1933, Figini and Pollini designed a prototype dwelling for the 2nd Autumn Show of the Modern Ambience (Seconda Mostra Autunnale dell’Ambiente Moderno), that took place in the Galleria del Milione, in Milan.

The spaces in the gallery are projected to show works, not for living, but the two italian architects were able to make it become also a housing space. The prototype house has all the necessary ambiences to live, but it also has an exposition path to walk and see the exposed space, from the entrance to the bedroom. The whole space is showing the new ideas of racionalism that the architects wanted to present, for instance the furniture has a full funcionality, and also the new materials are indicating how avant-garde this project was for its moment.