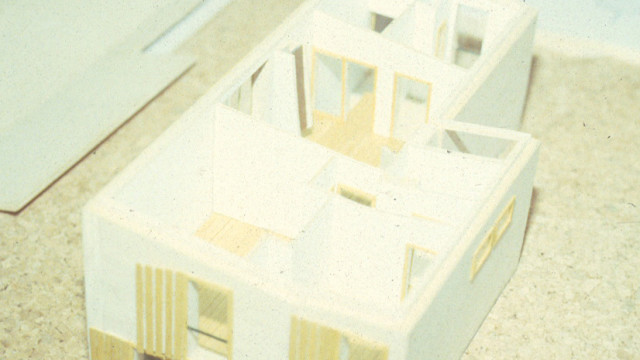 From 1944 to 1947 Ignazio Gardella designed la Casa del Viticultore (House for a winegrower) in Castana, a little village located in the north of Italy. The project was a request of the Barbieri family, and that is why sometimes the house is referred as the Barbieri house.

In spite of its small size and its rural nature, la Casa del Viticultore is a marvelous example of sharpness in the ideas and attention to every detail. In this project, Gardella tried to put together the constructive tradition of the zone with the ideas of racionalism. The windows are narrow and long, typical in all the works by Gardella. This is an important point, because before this house he used to plan continous windows (like those famous windows in the buildings by Le Corbusier). About that issue, he said: “[In the Barbieri house] I left the continuous window and I designed the windows as required by the plans and elevations”. Like that, the house had a much heavier image, more related to the rustic construction tradition of Lombardy.