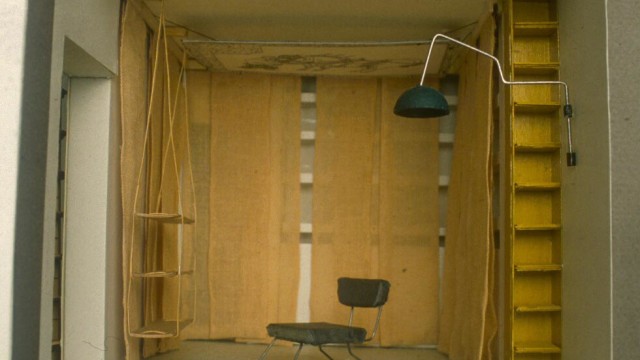 BBPR is a studio of architects, planners and designers composed by Gian Luigi Banfi, Ludovico Barbiato di Belgiojoso, Enrico Peressutti and Ernesto Nathan Rogers. The studio was created in Milan in the year 1932 and it soon became a vivid part of the modern movement. They stressed working within a team rather than individual work to find a artistic and cultural partnership between the members of the studio.

One of their projects is ‘Casa Rogers’, where they designed the interior of the living room, with as showpiece the closet/bookshelf combined in a sliding door.