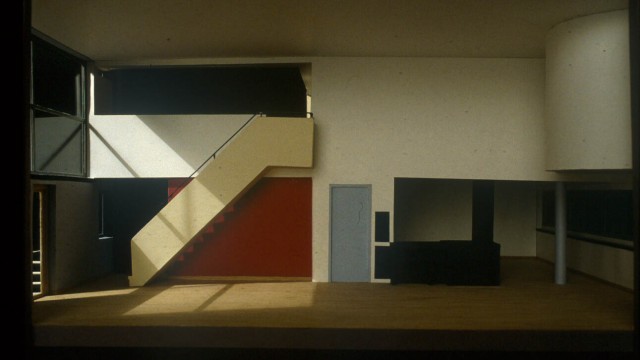 The Villa Cook is Le Corbusier’s first masterpiece which includes his five points of architecture: the continuous strip window, the round pilotis, the free plan, the free facade and the roof garden. In addition to that, the Villa Cook ranks amongst the most important examples for relating the national tradition with the national style of that time.

By reinterpreting and abstracting the basic idea of a French hôtel, Le Corbusier’s masterpiece is divided into two zones arranged on two sides of a central axis, which becomes a key element of the building. Entrance to the building is not provided by the front facade but through a door in the middle of a cross-wall located along the central axis.

On the next two floors, all the spaces are entered through doors above this main entrance door. Although the building has a main facade on the front, the ‘actual’ facade through which one passes in order to enter and exit the spaces is the central cross-wall. This idea is underlined by the open plan of the two-storied living room on the second floor. It reaches from the front to the back facade and consists of a generous volume similar to an outside space. The central cross-wall appears hence as an interior ‘facade’ facing onto an interior ‘outside’ space. This ‘interior’ facade is designed like a collage consisting of different elements grouped together.