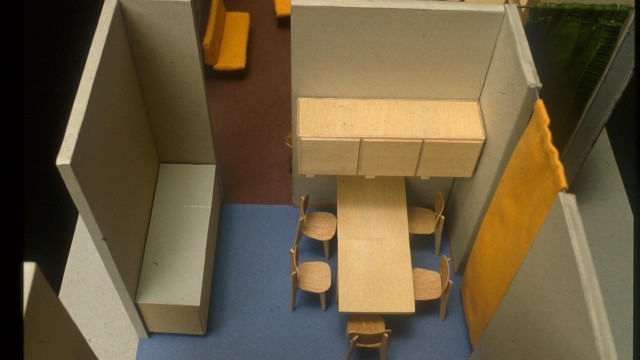 Vittorio Gregotti (Novara, August 10, 1927) is an Italian architect, born in Novara. He is head of the Gregotti Associati studio. His studio has designed several important buildings, such as the Barcelona Olympic Stadium, the Belém Cultural Center in Lisbon, the Arcimboldi Opera Theater in Milan and several university campuses, including that of the University of Calabria. His studio also designed Pujiang New Townin Shanghai, China, a new town with an Italian architectural theme.

This building’s interior has a modular and adaptable furniture which is used in every floor. It is fabricated at an average low cost. One of the measures used to decrease the cost of the pieces was the fact that the wood was not finished giving a natural touch at a low cost of manufacture.