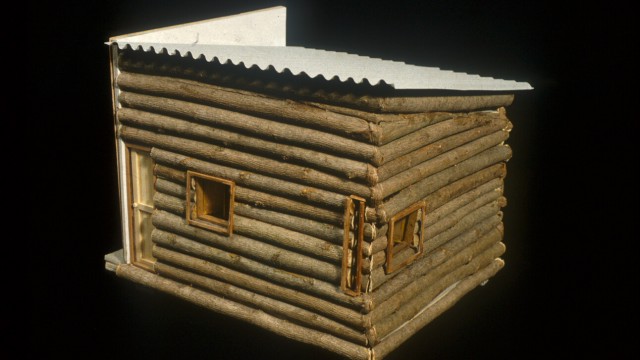 It was built between 1951-1952, and it is where Le Corbusier preferred to spend summers in the months of August and September. Earlier in 1949, Le Corbusier met Rebutato Thomas, a future owner of Unité de camping (1957) and owner of the bar/restaurant which lies next to the holiday cottage where he had direct access.

It was conducted in parallel with the proposed Chandigarh and the completion of construction of the Marseille Housing Unit. It is part of a group of buildings clustered around L’étoile de Mer, which consists of some camping cabins.

Le Corbusier used to say: “I have a castle on the Riviera who is 3.66 meters by 3.66 meters. I did it for my wife, an extravagant place of comfort and kindness. It is located in Roquebrune, on a path that reaches almost to the sea. A tiny door, a tiny ladder and access to a cabin embedded below the vineyards. Only the site is great, a superb bay with steep cliffs ”

It is a prefabricated cabin module measures in a 3.66 x 3.66 m and 2.26 m in height. Except for a delay to comply with building regulations, it has a corridor of 0.70 m after the main entrance and a door directly connecting with the bar L’etoile de mer.