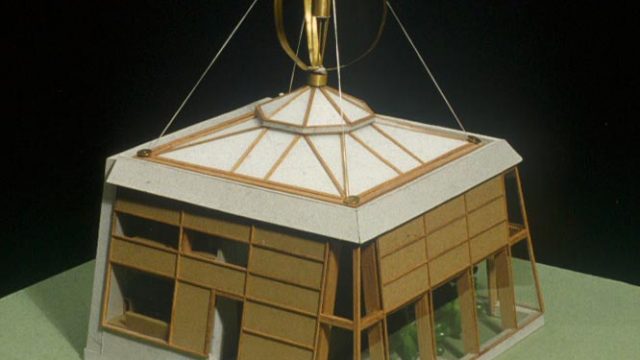 The Autonomous House was an experimental project created in 1974. The structure was  conceived and designed by the Technical Research Division of the Department of Architecture at Cambridge University (under the aegis of Alexander Pike, the programme director) to be highly energy efficient. The main thought was to create a house for the future that can exist by itself, generating its own sources of power from nature alone. The aspect of independence of outside systems of electricity, gas, oil, water and sewage it particularly important if we assume that the world is facing huge new energy shortages. In the wake of the greenhouse effect and global energy crisis, finding sources of clean, alternative energy and developing everyday life applications have become urgent tasks. Two attributes are concerned in the houses: one is a self-sufficient energy cycle and the other is autonomous energy control to maintain environmental comfort.

The concept was to combine many principles that previously have been used in isolation into one integrated system: solar energy to provide heat, wind to provide power, the rain to provide water requirement, excrement and food garden wastes to provide gas for cooking and new designs to recapture and recycle lost heat and water.[1]