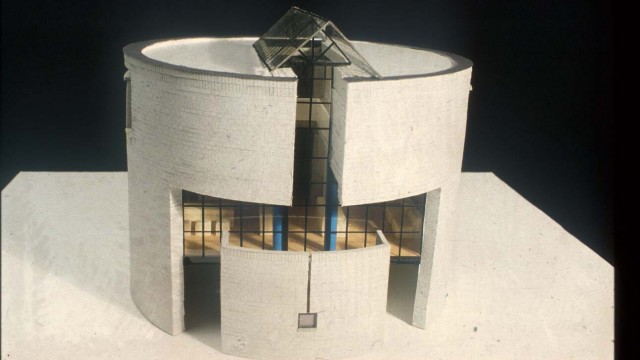 In the postscript to his book, Mario Botta says: “Writing about architecture, seeing the ideas into print, calls for a reversal of accustomed attitudes. Speaking about architecture or a building really means breaking up the individual phases of the design through which the scheme was put together. Making architecture means constructing a design in a series of phases. I am rather embarrassed when I see the pictorial contents compiled here to illustrate the construction of the Casa Rotonda. Probably this is caused by precisely that process of reversal. A single-family house on the edge of a village, the situation governed by building regulations; the land-use plan for the village round the historic core; the network of footpaths that develop into transport routes; the pattern of the fields and vineyards, designated as building land. In this context, I was requested to design a single-family house on a small site at the northern tip of a new residential area. I conceived a building with a circular plan; and along the north-south ­axis, I set a shaft through which light could enter from above. A building structure on three levels, a kind of tower; or rather, an object carved out of itself. The intention was to avoid any comparison – and any contrast – with the neighbouring developments, creating instead a spatial link with the distant landscape and the horizon.