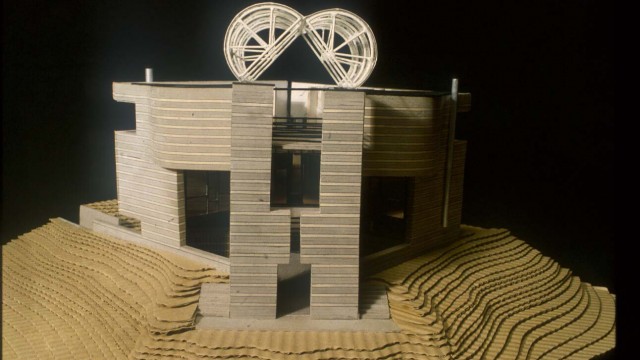 This project is the result of Mario’s reflection on the relationship between dwelling and its surroundings. In this case, that relationship shows that ambiguous characters separate an urban zone from a rural one. The house is adapted to this ambiguity: on one side it is a presence which capable of defining a street corner, and on the other side it aims to present elements which derived from the rural building tradition. It has a loggia and elevated belvedere. From this viewpoint, this house is very different from those projects designed by Mario in the 1970s. This project has the most well-defined expressions and limited problems. According to Mario, the interesting aspect of this new house, lies in the willingness it demonstrates to bring together and, if possible, comment on the modifications of the land has undergone, where the frontiers between urban and rural become increasingly uncertain (“Casa Unifamiliare A Breganzona, Svizzera. Progetto Di Mario Botta” 1990).