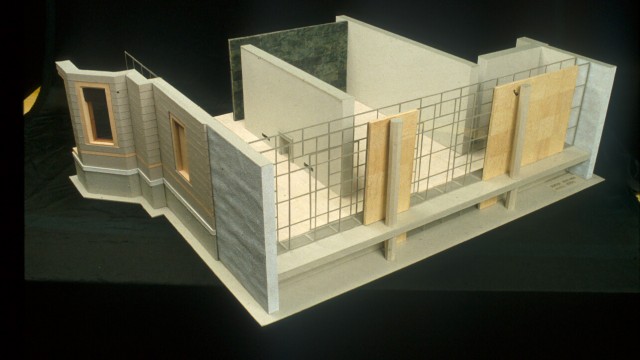 About the house
The Villa Borletti is a project by Ignazio Gardella which is located in Milan in the Via XX Settembre. This is the street that runs through the Magenta district, an elegant example of the residential fabric provided by Cesare Beruto’s new master plan (1884-89), comprising Via Mario Pagano, Via Ariosto, Parco Sempione and Piazza Concilliazione, where the subway station of the same name is located. This route gives at least a brief idea of the eclectic mixture of architectural styles and interesting examples of Art-Nouveau buildings that characterize the area. Casa Agostini (1906) at Via Ariosto 21, then in Via Mascheroni, at the corner where the church of Santa Maria Segreta (1918) stands, and finally Villa Borletti on the opposite side at Via Roveri 2 (remodeled in 1935 by Ignazio Gardella with the addition of an avant-corps on Via Vincenzo Monti).