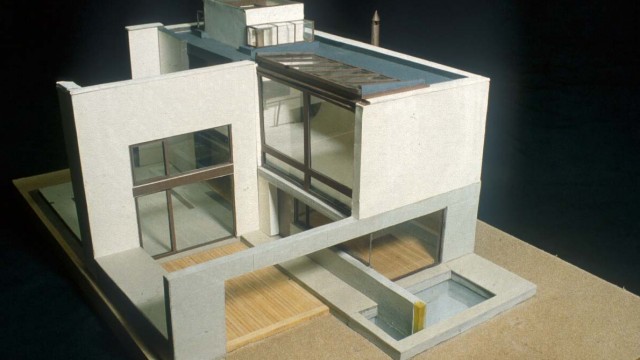 The project is a renovation of the 1950s suburban house belonging to the photographer Nick Knight and his family. The new version was supposed to correspond to the needs of growing family – additional living, working, and storage space.  The concept and the challenge at the same time were to create architecture that would coexist well with the older house. The idea included an archetypal house form – a pitched roof and gable ends, as well as new elements, f.e. a glass box linking the existing house and the new part.

The main body of the object consisted master bedroom, workspace, and archive, arranged as two continuous rooms one on top of the other. The bedroom window configured to slide vertically which transforms the upper room into a balcony. The success of the second intervention rests in the fact that the building honors the spirit of the old house. While developing values such as space, light, and views, it introduces new ideas at the same time.

After they rebuild the first part of the project they wanted to extend it and in 1998 decided to enlarge the property because the family expand and so was added an additional living, storage space, and new working space.